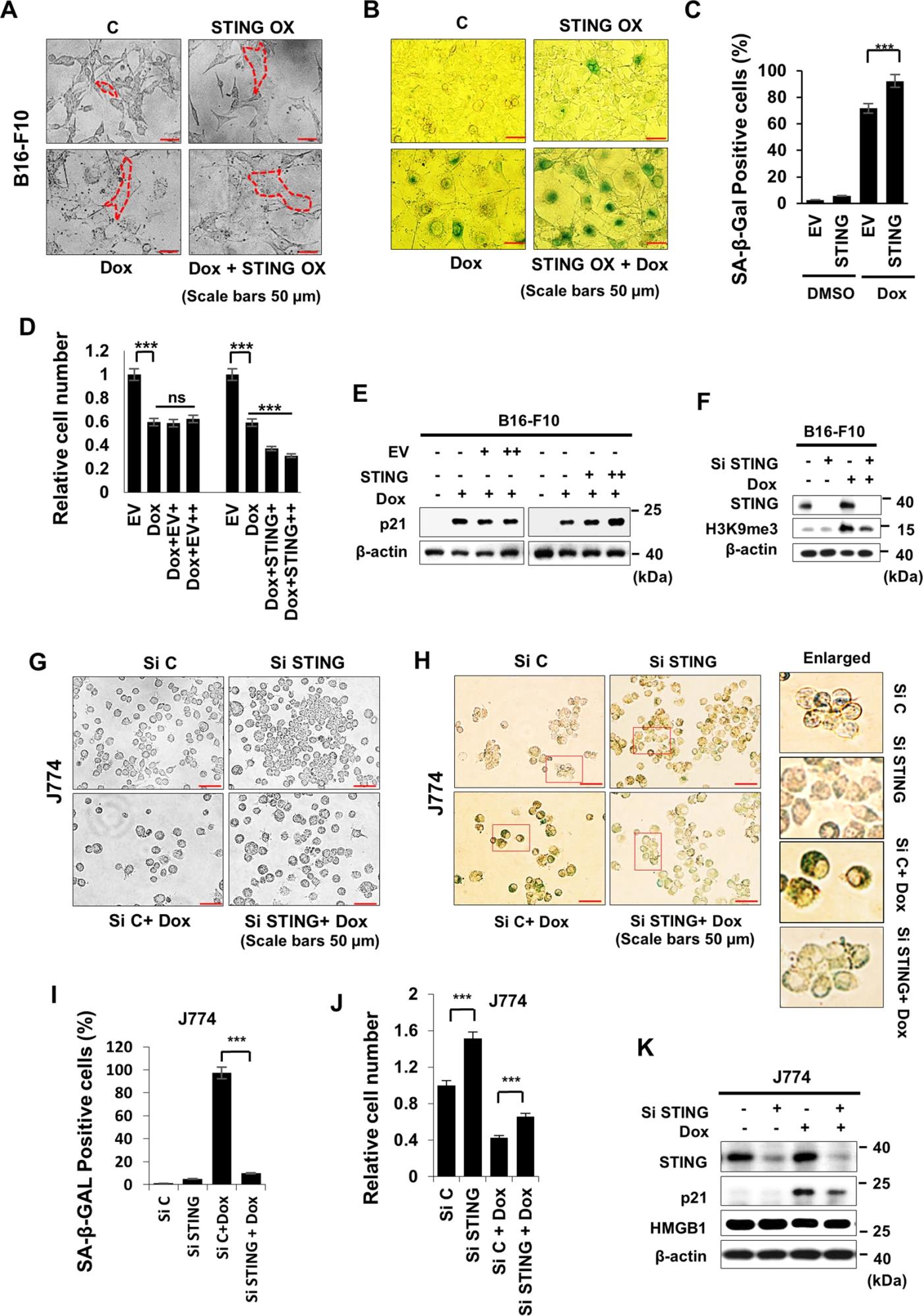 Although cellular senescence has emerged as a novel therapeutic concept in cancer, its underlying mechanisms remain unclear. High mobility group box 1 (HMGB1) and stimulator of interferon genes (STING) are involved in senescence. However, their interactions in senescence have not been reported. Therefore, in this study, we investigated the relationships between HMGB1 and STING in senescence in cancer and other cells. In mouse melanoma cells and several other cell lines, doxorubicin treatment induced senescence in an HMGB1-dependent manner. These responses were mediated by STING, and this function of STING was negatively regulated by the E3 ligase tripartite motif protein 30α (TRIM30α). We also found that HMGB1 bound to the TRIM30α promoter and then suppressed its expression by inhibiting its transcription, which enhanced STING-induced senescence. This mechanism was further mediated by signal transducer and activator of transcription 6 (STAT6) and p21. Overall, our findings demonstrated that HMGB1 orchestrated STING-STAT6-p21-mediated senescence by regulating TRIM30α as an alternative anticancer mechanism.